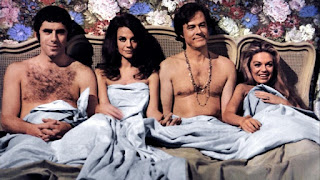 Paul Mazursky's Bob & Carol & Ted & Alice is a brilliant satire -- funny, touching, surprisingly honest and profound. It follows a well-off, upper-middle-class Southern California couple who return from a New Age retreat changed by the experience -- or so they think. The couple uses the teachings of the encounter group as an excuse to escape their comfortable middle class trappings and explore their muddled, newfound ideas of "sexual freedom" by cheating on each other, but are finally forced to confront the emptiness of their new pursuits when they bring another couple -- their best friends -- in to the experience with them.

At first, it seems that Bob & Carol & Ted & Alice could be a freewheeling sex comedy taking advantage of the new permissiveness of the late '60s. But soon something sadder, more desperate, more neurotic comes through. The brilliance of Mazursky's approach involves using such attractive characters who seem to have it all, which makes their supposed "enlightened" attitudes toward sex all the more seductive. Interestingly, both Bob and Carol defend and justify their infidelities by describing them as empty experiences. Although both characters eventually seem satisfied with this justification, it does eventually raise the question: if it is such an empty experience, just what exactly is the point?

That is the question that the two couples are forced to face at the end of the film, which provides them with the realization they have been seeking. As the song says, "What the world needs now is love, sweet love."
Posted by Matt Barry at 10:38 PM No comments: 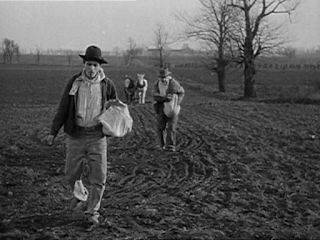 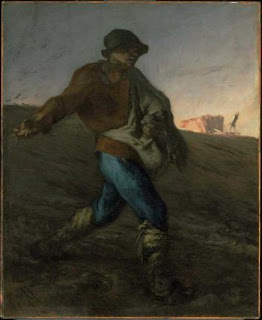