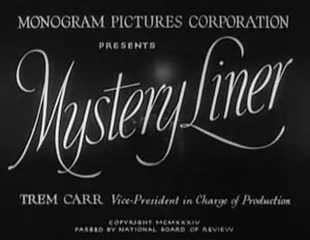 I came across this little Monogram thriller -- based on an Edgar Wallace story about an ocean liner that is being controlled remotely -- last night on one of the public domain Roku channels. It was just over an hour long and looked like the perfect thing to watch late at night before bed.

One thing that always strikes me about these Poverty Row productions of the '30s is how often it appears that every scene was shot only in a master shot, presumably due to scheduling issues. And not only that, but that you can sometimes see the actors hesitating or pausing between lines, or starting to speak over each other, as if a re-take was called for but the time and budget didn't allow for one. It gives these movies a pace and feel all their own, one that is really accentuated when watching them late at night. 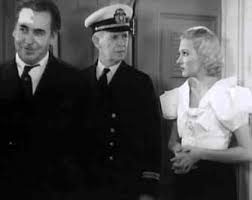