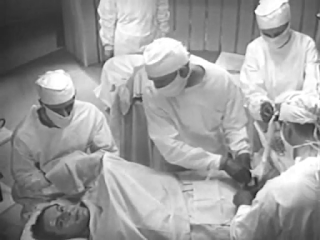 During the 1930s and 40s, it seemed that virtually no topic was considered off-limits as fodder for exploitation filmmakers. This specimen, from 1934, deals with the subject of forced sterilization, certainly a hotly-debated issue at the time, when the eugenics movement in the US had gained astonishing support. The story is sensational stuff, involving a young woman who comes from a socially undesirable family, and is thus deemed unfit to reproduce and ordered by law to be sterilized.

Though predictably heavy-handed and didactic in its presentation, the film is nevertheless effective in its condemnation of compulsory sterilization, offering a sympathetic view toward the conditions of the different individuals forced to undergo the procedure. Of course, it also lives up to expectations as exploitation, combining elements of graphic, quasi-informative medical jargon (the doctor explaining the vasectomy process to a criminal), silly, slapstick comedy (Sterling Holloway accidentally imbibing a glass of castor oil) and ludicrous, high melodrama (the girl is saved in the end by the efforts of her fiance and a conscionable doctor, who are able to stop the procedure at the last minute after obtaining a tearful confession from the girl's mother that she was, in fact, adopted!). Otherwise, it's a pretty typical piece of '30s exploitation filmmaking, directed without any particular distinction by Crane Wilbur.
Posted by Matt Barry at 11:14 PM No comments:


An artifact from a time when documentarians were as concerned with formal experimentation as they were with making a point, THE PLOW THAT BROKE THE PLAINS (1936) was produced by the Resettlement Administration to examine conditions that led to the Dust Bowl in the Great Plains, and simultaneously functions as a visual poem contrasting a pastoral ideal with encroaching modernity.

There is one moment in particular that stands out: a shot of an old farmhouse, set against a stark sky, situated on a dusty plain with sparse vegetation, with a broken wagon wheel in the foreground. With an apparent simplicity belying its careful composition, and the sparse but evocative selection of representative objects, it's a kind of cinematic equivalent to William Carlos Williams' "The Red Wheelbarrow".

Written and Directed by Pare Lorentz; photographed by Leo Hurwitz, Paul Strand, Ralph Steiner and Paul Ivano; narrated by Thomas Chalmers. The film is in the public domain and is available for viewing at the Internet Archive.
Posted by Matt Barry at 12:00 PM No comments:

Labels: Documentary, Film Reviews, The Plow That Broke the Plains


Here is that rarest of films -- a recent comedy that is actually funny. Not quirky, not cute, not ironic, but genuinely, uproariously funny. It's the kind of comedy that leaves you elated even after it's over. How this one didn't get more attention upon its release is beyond me. Director John Landis blends broad slapstick farce (reminiscent of Mel Brooks' best work) with characteristically British black humor to tell the story of the pair of grave robbers who made a living by acquiring cadavers to sell to Edinburgh University's medical school.

Landis (along with screenwriters Piers Ashworth and Nick Moorcroft) skillfully turns this premise into a cheerfully silly (and exceptionally handsomely-mounted) period comedy that succeeds in large part due to the superb performances of Simon Pegg and Andy Serkis in the title roles, supported by some of Britain's finest acting talents (both comedic and dramatic), including Tim Curry, Tom Wilkinson, Ronnie Corbett, Jessica Hynes, Isla Fisher, Hugh Bonneville, David Schofield, David Hayman, Stephen Merchant, Christopher Lee, and fun cameo appearances by filmmakers Ray Harryhausen, Michael Winner and Costa-Gavras, among others.
Posted by Matt Barry at 9:42 PM No comments:


This is one of those movies whose premise alone made it a must-see for me: Louis Bloom, a down-on-his-luck jack-of-all-trades, kicking around the streets of LA without a job, discovers an opportunity to make some money by shooting explicit crime scene footage and selling it to the local evening news. Before long, we get the sense that he's maybe a little too good at the job, that he enjoys it maybe a little too much. Prowling around the mean streets under cover of darkness, with his camera and his uncanny ability to beat even the police to the scene of the crime, it becomes clear that he'll stop at nothing to get the scoop on the latest tragedy.

Jake Gyllenhaal creates a truly terrifying characterization in Louis, who veers between the persona of a wide-eyed, over-eager naif, and an impossibly canny, manipulative psychopath. With his ability to simultaneously dazzle and intimidate everyone he comes into contact with, Louis rises quickly to the top of his cynical, mercenary profession, unburdened of the restrictions of possessing a conscience. It is a brilliant performance that strikes all the right notes.

Writer-director Dan Gilroy (this is his directorial debut, and he is definitely a talent to watch) has crafted a gripping, atmospheric Neo-Noir thriller that is part character study, and part damning satire of the news business. Gilroy does an especially admirable job of using Los Angeles as a character all its own. He makes the city appear deceptively bright and mundane by day, coming alive at night with all sorts of sordid goings-on that seem to exist only to satiate the appetites of the nightly news audience, hungry for stories of blood and death that they can devour through the window of their television screen.
Posted by Matt Barry at 5:38 PM No comments:


There is a moment in HITCHCOCK when the Master of Suspense, in a state of personal and professional crisis, stares contemplatively at a photograph of himself as a young man, directing one of his earliest films (his arm and index finger extended in a characteristic "director" pose) with his wife and assistant director Alma Reville directly over his shoulder. The photo, taken during the production of Hitchcock's second film, THE MOUNTAIN EAGLE, in 1926, captures the sense of enthusiasm that the movies inspired in Hitchcock, as well as the collaborative working relationship he and Alma shared from the very beginning.

HITCHCOCK, directed by Sacha Gervasi, examines the relationship between Alfred and Alma (played, respectively, by Anthony Hopkins and Helen Mirren) during the period when the great filmmaker was about to embark on the production of PSYCHO, perhaps the riskiest and most controversial film of his career. Early in HITCHCOCK, Alfred is explaining to Alma that in order to get the film made, he will need to put up the money personally, borrowing against the house and standing to lose a fortune if it is a flop. Alma asks him why he wants to make this film so badly, to which he responds that he longs to feel something of that excitement again that they felt in the early days of making movies, when they invented new approaches as they went along. With that explanation, Alma understands the importance that the project holds for him. And it captures what made Hitchcock such a singular artist and visionary filmmaker, someone who was not content to rest on his laurels (which, by 1960, were considerable), and for whom the creative possibilities offered by the medium retained their strong attraction throughout his life.

The rest of the film gets bogged down in a lot of artificially-imposed marital melodrama involving suspicions of an affair between Mrs. Hitchcock and an opportunistic hack writer, hints of Mr. Hitchcock's unsavory behavior toward his female stars, and a series of ill-conceived fantasy sequences in which the director wrestles with some vague inner demons through imagined conversations with serial killer Ed Gein (whose gruesome murders provided the inspiration for PSYCHO), none of which add up to very much at all. But there are tantalizing glimpses of the film that could have been when it evokes the shared creative passion that brought these two people together as young artists at the center of an exciting new medium filled with endless possibilities, and continues to give their lives meaning.
Posted by Matt Barry at 7:39 PM No comments:


Here is an idea that, at first glance, would seem to be filled with potential, but upon closer consideration, is simply too illogical and absurd to work effectively as played relatively straightforward here. A comedy built around the mishaps of a reluctant, aging gigolo (played by John Turturro, who also wrote and directed) and his bumbling, elderly pimp (played by Woody Allen, of all people, in a rare acting-only turn) would work better as a fast-paced farce, where you don't have enough time to question the absurdities of the plot, much less the more serious implications of the situations and character relationships. Presented as a kind of bittersweet, at times melancholy romantic comedy, however, the idea falls apart under its own introspection, especially with so many comic possibilities left undeveloped or unexplored entirely.
Posted by Matt Barry at 1:35 PM No comments: 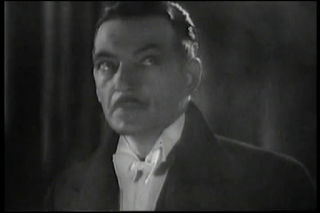 Certainly one of the most obscure films in Alfred Hitchcock's filmography, this musical revue extravaganza was British International Pictures' response to such Hollywood productions as MGM's THE HOLLYWOOD REVUE OF 1929, Warner Bros.' SHOW OF SHOWS, and PARAMOUNT ON PARADE, which showcased the respective studios' leading stars as they demonstrated their acting chops in the new medium of sound film through elaborate music numbers, songs and sketches. The variety of acts presented here include some of the top names in British vaudeville and music hall of the time, emceed by comedian Tommy Handley, with the individual performances structured around the framing gimmick of an early television broadcast. The film is a lavishly-produced affair, with obvious expense invested in the production, including four color sequences, but it suffers from pacing issues and static photography and staging.

As a Hitchcock completest, I sought this film out solely because of his involvement with it, though it is certainly an atypical and impersonal project. Adrian Brunel is the official credited director, while Hitchcock is credited with "sketches and other interpolated items". Reportedly, Hitchcock's segments include the framing sequences involving the television broadcast, as well as a scene that is more characteristic of his style, about a young man and woman involved in an illicit affair with a darkly comic twist ending.

Although his work on this project was little more than a obligatory studio assignment, made early on in his directorial career in England, Hitchcock's involvement was met with excitement by the New York Times, reviewing the film at the time of its release, saying "Alfred Hitchcock is responsible for the general direction, which is tantamount to saying that the British producing company has sought out the most expert guidance available in this country." Seen today, it's an historical curio strictly of interest to Hitchcock completests.
Posted by Matt Barry at 10:17 PM No comments: