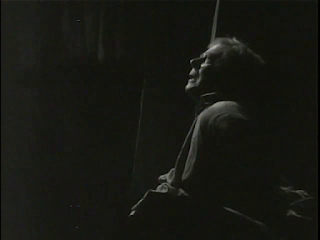 Sir Seymour Hicks' interpretation of Scrooge ranks among the finest portrayals of the character (a role that he first essayed on-screen in 1913), so this 1935 adaptation -- the first feature-length sound film version of the story -- is of great interest for his performance alone.

Unlike the MGM version from a few years later, this one is appropriately grim and dark in its tone, which allows for a stronger contrast between the miserable Scrooge and the poor-but-happy Cratchit family, and makes Scrooge's joyous Christmas morning transformation all the more effective. A bit melodramatic at times, and occasionally revealing the limitations of its budget (aside from The Ghost of Christmas Present, all of the spirits are depicted off-screen, or through light and shadow), it is nonetheless finely acted by the entire cast (especially Donald Calthrop as Bob Cratchit), and well-directed by Henry Edwards. This film holds up as a fine screen adaptation of Dickens' story, second perhaps only to Alastair Sim's classic 1951 version
Posted by Matt Barry at 8:49 PM