The end of this month (May 2015) marks ten years that I have been keeping this blog. I started it in May 2005 (May 25th, to be precise) as a way to record my thoughts on films I watched, and as a place to publish essays on various film-related topics. I've enjoyed having it as an outlet to share my thoughts on the movies I'm passionate about, and have greatly appreciated the many people who have read or commented on the blog over the years.

To celebrate this little milestone, I thought I would share my ten favorite posts that I've written here over the past decade. Here they are, in chronological order of their publication date:

5. A New Approach to Narrative (February 22, 2010)
An essay on approaches to storytelling in the age of online video.

6.. The Dilemma of Harold Lloyd (May 6, 2010
A critical appreciation of the silent comedy genius, and his unique origins as a wholly-original film comedian.

7. Return to the Kingdom of Shadows (January 15, 2011)
A short essay on the continued power of the moving image to capture audiences' imagination.

8. The Next Step for Digital Filmmaking (December 14, 2013)
An essay on the state of digital independent filmmaking.

9. Five Easy Pieces (July 21, 2014)
A review of Bob Rafelson's landmark film of the New Hollywood movement. I began reviewing films regularly on my blog in January 2014, as a way to record my thoughts on everything I watched and to discover new films. Out of hundreds of these reviews I've written so far, this one is my favorite, because my reaction to the film reminded me that it's still possible to come across a movie I haven't seen before that has the power to affect me in ways I could never have imagined. 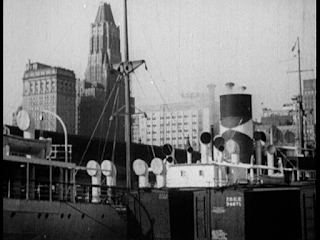