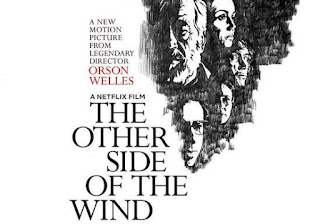 I've been meaning to write my thoughts down on this really remarkable film, which I saw on Netflix when it premiered back on November 2 of this year. It is a film that I feel I would need to re-visit in order to catch everything that is going on it, but I wanted to record these initial impressions before the end of the year.

It's very much a film of its moment (it's an evocative snapshot of Hollywood circa 1970 -- with cameos by the likes of Claude Chabrol, Dennis Hopper, Paul Mazursky, Henry Jaglom, and others), but also incredibly fresh and vibrant. It was also very "experimental" for Welles, I thought -- there were some psychedelic fantasy sequences that were absolutely mind-blowing, particularly in the film-within-a-film starring Oja Kodar. There were moments reminiscent of what Welles does in THE LADY FROM SHANGHAI. It was also very Altmanesque in terms of how Welles uses the ensemble cast converging on one location. Welles uses some familiar faces to great effect, fine character actors like Edmond O'Brien, Paul Stewart, Cameron Mitchell, Mercedes McCambridge, Lilli Palmer and, in one of the film's real revelations, an incredibly poignant performance by Norman Foster as the aging producer. 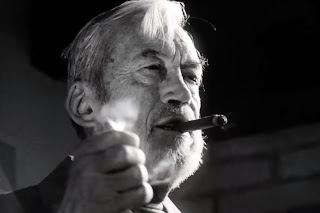 John Huston plays a hard-living, hard-drinking macho director of the old school, who is making a new film to demonstrate how "with it" he is in the Hollywood of the early '70s. The implication, revealed throughout the course of the film, is that Huston may be attracted to the handsome young male star of his film, and deals with Huston's frustration and resentment at being rebuffed by the young star, who walks off the picture and declines to attend Huston's 70th birthday party. Also explored is the relationship between Huston and a film critic-turned-successful director (played by Peter Bogdanovich), whose own success in this New Hollywood has surpassed that of his aging mentor, resulting in some very complicated frictions between the two of them (especially when Huston is forced to ask him for money to help complete his film).

Guiding some of these character dynamics is a female critic modeled on Kael, brilliantly played by Susan Strasberg. The men denigrate and deride her, but she sees past their macho posturings.

I've been thinking about the film ever since I watched it, and it's remarkable just how layered and complex it is. Even more remarkable is how well all the threads come together for a film that was in limbo for so long.
Posted by Matt Barry at 10:47 AM