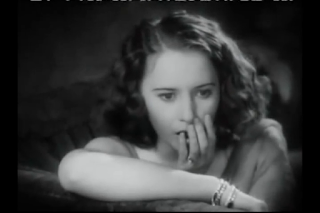 This is a rather creaky Pre-Coder, about a young woman whose sister-in-law becomes romantically involved with a womanizing playboy who had attempted to rape her while on a boat cruise a year earlier. When she pays a visit to his apartment to put an end to the affair, the woman ends up being implicated in the shooting of the playboy.

It's notable for an early starring turn by Barbara Stanwyck, who commands attention in each scene, with a real ease and naturalness in her handling of the dialogue, and is the standout in the cast which also includes Rod LaRocque, Betty Bronson, and William ("Stage") Boyd. The talky script, adapted from a play by Channing Pollock, is enlivened by moments of imaginative direction by George Fitzmaurice and some impressive camerawork by Ray June (particularly a long tracking shot down the entire length of the ship's bar).
Posted by Matt Barry at 11:32 PM