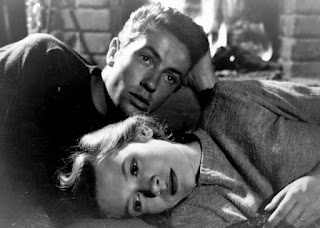 A young man (Farley Granger) escapes from prison with two thieves (Howard Da Silva and Jay C. Flippen), but desires to leave behind a life of crime when he falls in love with the niece (Cathy O'Donnell) of one of the crooks. The two set out on the road, staying one step ahead of the law as they try to build a life together, but eventually fate catches up with them.

A solid Film Noir that marks the directorial debut of Nicholas Ray, it contains some impressive cinematography, including aerial shots filmed from a helicopter, and a handheld camera from the backseat of the getaway car during a bank robbery that looks forward to the bank robbery sequence from Gun Crazy the following year.

Based on the book Thieves Like Us by Edward Anderson. Currently available to stream on the Criterion Channel.