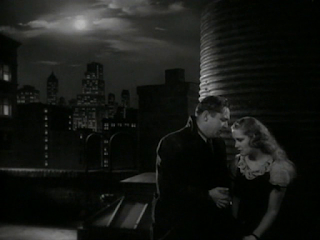 Erich von Stroheim's first talkie -- and final directorial effort -- was this surprisingly frank and grim pre-Code romantic drama, based on an unproduced play by Dawn Powell, about a young couple struggling to find happiness in Depression-era New York. Originally titled WALKING DOWN BROADWAY, Stroheim had his version of the film taken out of his hands by Fox producers Winfield Sheehan and Sol Wurtzel, who re-worked it with new footage shot by a team of directors reported to include Alfred L. Werker, Raoul Walsh and Alan Crosland (though the final film contains no directorial credit), and released it as HELLO SISTER in 1933, which was a commercial failure. That failure, combined with the wild and untrue rumors surrounding the production regarding Stroheim's supposed excesses (in reality, he brought the film in on-budget and ahead of schedule), spelled the end of his career as a filmmaker. Stroheim's original cut of the film was destroyed, and even the theatrical release version was long thought to be lost until a print was recovered by William K. Everson in the 1970s.

Seen today, it's a fascinating and frustrating work. It is disappointing that Stroheim's original cut has not survived, but what remains -- even after the studio tampering -- is an exceptional film in many ways. It is -- despite the multitude of directors involved in its final incarnation -- an astonishingly personal film, too, filled with Stroheim's stylistic and thematic touches that are startlingly powerful and brilliant in their simplicity. James Wong Howe's cinematography is exquisite as usual; there is one camera move in particular -- a slow tracking shot on a mural of "The Last Supper" -- that is breathtaking for its sheer perfection. The fine cast includes earnest and sympathetic James Dunn, the lovely Boots Mallory, tough, sexy Minna Gombell, and most effectively, ZaSu Pitts in an intriguingly offbeat and quirky performance that one wishes there remained more of in the final film. Overall, a flawed but noble end to Stroheim's remarkable filmmaking career.
Posted by Matt Barry at 4:44 PM