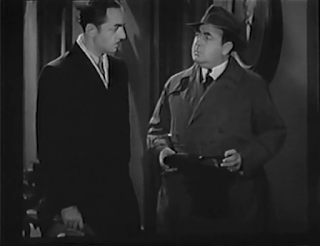 Second film in the "Philo Vance" series, with William Powell returning after THE CANARY MURDER CASE as S.S. Van Dine's debonair amateur sleuth. Also returning from the previous film in able support are E.H. Calvert as District Attorney Markham and Eugene Pallette as Sgt. Heath, as well as Jean Arthur, albeit in a different role this time.

The plot is a standard whodunit: when members of the Greene family -- each of whom stand to inherit part of a fortune -- start turning up dead in their own home, Philo Vance is called in to help the police solve the murders.

Worth noting are some moments of especially fluid camerawork for an early talkie such as this, and a well-staged action climax on the roof of the family mansion, featuring an impressive combination of live-action and matte work to suggest the full scale of the house. Powell and Pallette are a great deal of fun to watch together, and keep the proceedings lively with moments of tongue-in-cheek humor. A solid piece of well-crafted, unpretentious entertainment that works perfectly well for what it is.
Posted by Matt Barry at 11:24 PM